﻿
So the car is here, and I'm ready to start the build.  The process began by downloading a copy of the build manual (as Caterham were out of stock of them!!) and reading through... I decided to make things easier for myself by putting all the fastener packs in a box so I can easily read the pack numbers.

﻿
The build manual suggests starting with the steering rack, so that went in first.  As the bags aren't labelled exactly as the build manual states they should be; finding just the clamps, bolts and nuts took a fair while!﻿﻿﻿﻿﻿﻿﻿﻿﻿﻿﻿﻿﻿﻿

﻿﻿
Realised that the online manual is far too small to read on an iPad mini, so I went to my local printers to get the manual printed and bound, and this makes things ALOT easier to read.

I played around with fitting the wishbones, and it turns out the lower front wishbone bolt isn't the right one, so the correct one should be arriving tomorrow.  In the meantime I tried to work out the front lights and how to wire them into the light holders which seems quite tricky to do once the light holders are in place, so I decided that I'm going to fit the front lights at the same time as the upper wishbones (I read on another build blog or forum post that it was a good idea to do this) so worked on putting some of the IVA strip on the front indicator pods and the chassis openings.﻿﻿﻿﻿

The new front lower wishbone bolt arrived, but it is the same as the last one...  So on the phone to Derek again, and he's not too sure either.  He's arranging for a tap to be sent to me so I can re-thread it.. Actually just got an email from him to say that they don't have a tap of that size in stock so they'll order me one in - best think of something else to work on in the meantime. 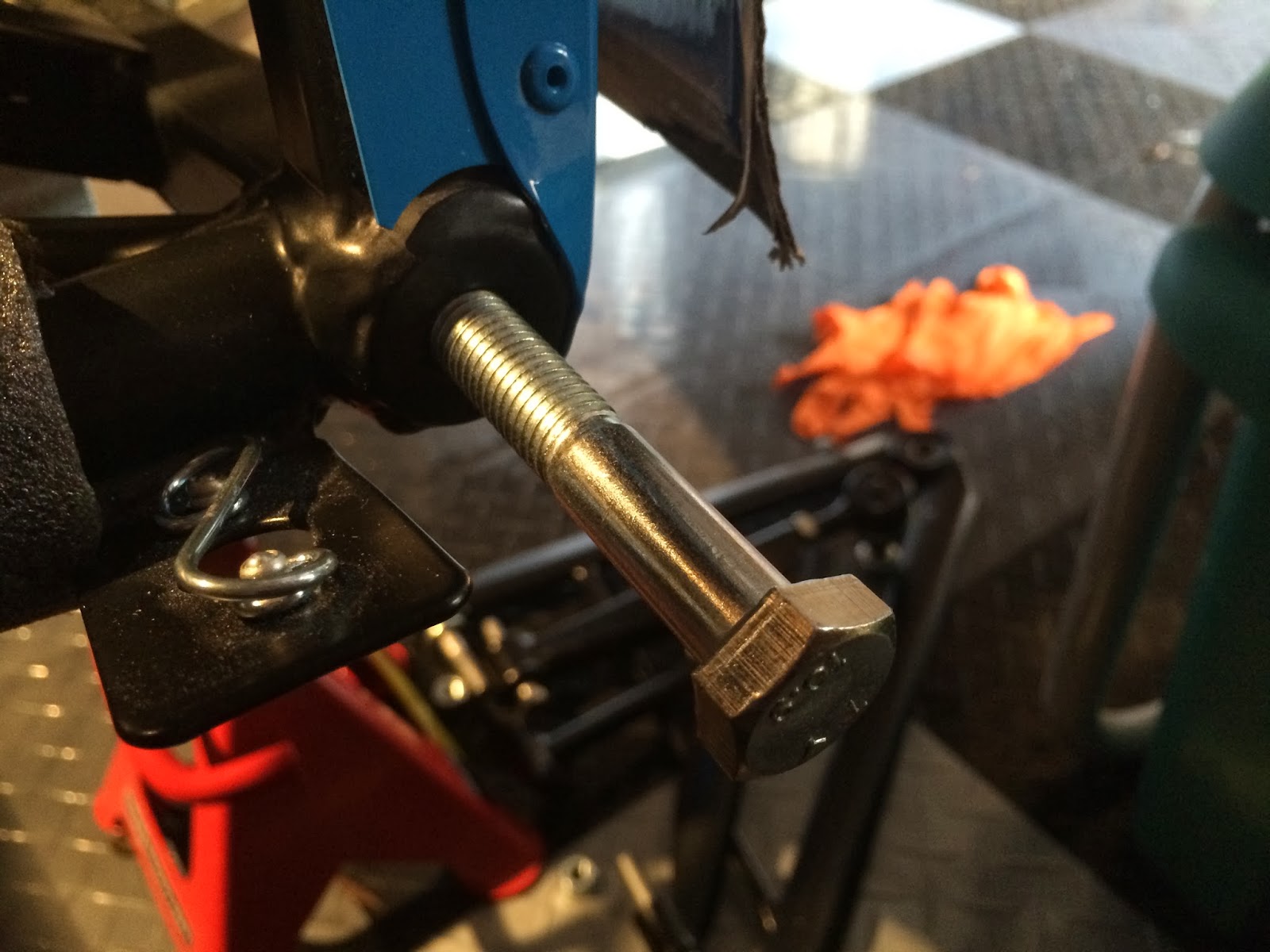 This is how far the bolt will go in when finger tightened...
Posted by Daniel French at Wednesday, February 05, 2014